The solar industry continues to thrive throughout the United States by having grown 30 percent over 2013. Solar energy is one of the cleanest sources of energy, is low maintenance and is easy to install. Homeowners that go solar are boosting energy independence while protecting the environment.

Facts About Solar
• According to the Solar Energy Industries Association (SEIA), there are over 20,000 megawatts (MW) of solar electric capacity operating in the United States.
• In 2014, nearly 645,000 homes and businesses went solar.
• There are 174,000 solar workers in the U.S.
• North Carolina and Nevada top the charts for most solar PV installed capacity.
• In 2014 more than half of all electrical installations in the United States were solar power. 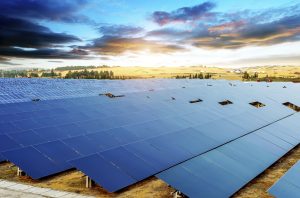 The Ease of Residential Solar
Residential solar alone has doubled in 2014 and costs have dropped by 45 percent in the last four years. Homeowners should consider going solar for many reasons. By installing solar panels homeowners can significantly reduce electricity bills while significantly increasing their property value. Going solar also provides many tax incentives and rebate programs to the homeowner.

A recent study determined that customers that invested in a 5 kilowatt (kW) solar photovoltaic (PV) system saved an average of $44 to $187 per month. A home solar panel consists of solar panels, an inverter, a battery, a charge regulator, wiring and support materials. Sunlight is then absorbed the panels and converted to electricity. When sun is not apparent the battery provides electricity to the homeowner.

Every home and location is different, but many websites provide free solar quotes. Some key factors taken into consideration when determining cost savings are where you live, if there is shade on your roof, what type of roof do you have, what direction is your roof facing and what your current electric bill is. Most solar panel systems pay for themselves within eight to ten years of installation.

Why We Should Conserve Energy
Current predictions estimate we will exhaust the planet’s oil supply by 2052, gas by 2060 and coal by 2088. Once the oil, gas and coal are gone, there is no coming back. If you care about the environment and the future, going solar is one of many solutions.

Here are just a few reasons homeowners should become part of the change by using renewable energy:
• Clean energy and solar power are the future.
• Renewable energy does no damage to our water, soil or air.
• We can reduce greenhouse gas emissions by going solar.
• Solar heavily contributes to the job market.
• Solar panels save as much carbon as is emitted by 3.5 million existing cards.